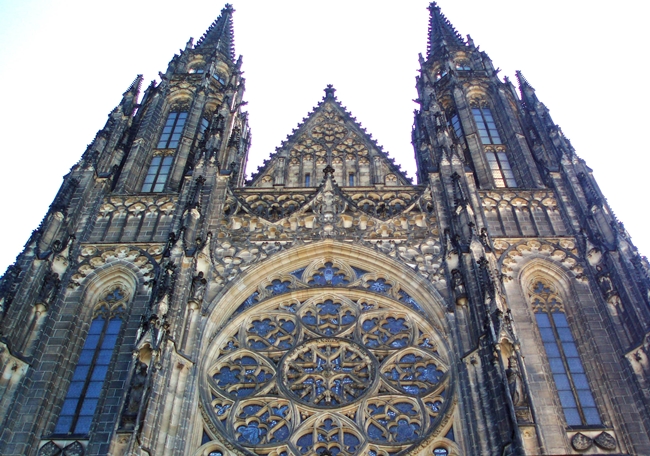 Last December, I was sitting in a meeting when I received this message from a friend. . .

At the break, I checked the internet only to read of adultery and other moral failures.  He had left the church and was unrepentant for his actions.  My heart broke.  Today, I read that it is not only this pastor, but two others from the same city (Orlando, Florida).  My heart breaks.

My heart ALSO breaks for these three men.

I am privileged to know and be friends with many wonderful Christian leaders; pastors and organizational leaders of all types.  Unfortunately, I have received a call on several occasions END_OF_DOCUMENT_TOKEN_TO_BE_REPLACED

As I wrote a few weeks ago, Howard Hendricks has now passed into eternity.  Most do not know his name; however, I will never be the same from my two encounters with him.

Some of my purpose in writing this blog is to simply process life and think through important values in a more intentional way.  This is one of those cases.

Though I never met Howard Hendricks personally, he has helped form several of my most valued life priorities.

“Leadership with a purpose”

From early on, I seemed to demonstrate qualities and characteristics of leadership.  It had mainly been demonstrated in athletics and academics up until that point.  I enjoyed leadership.  As a young follower of Christ Jesus, Howard Hendricks taught me the value of “leadership with a purpose”.

I completed his series of lectures on the topic and had a vision for being a part of leadership within the church of Christ.  He gave me a heart to impact the world around me with the Gospel, not merely cash leadership in for selfish gain.

Howard Hendricks gave me a vision for behind the scenes leadership and its massive value.  In this world of celebrity Christian leaders, Howard Hendricks was content to be in the background, building END_OF_DOCUMENT_TOKEN_TO_BE_REPLACED

Isn’t it strange that we live in a day where we can have people deeply impact our lives on a personal level without ever having met them? I could rattle off a sizable list of men and women whom have helped mold and shape my world view, even my personality, whom I have never met. This morning, I am thinking about one such man.

I woke up this morning only to see on Twitter that Howard Hendricks passed away in America while I was asleep in Asia.

Howard Hendricks was introduced to me by my campus ministers at Georgia Tech, Howie Espenshied and Danny McKinney. My faith was new and untested, yet my passion and zeal was rocket ship high. Howie or Danny, I can’t remember which one, gave me a set of tapes on leadership by Dr. Howard Hendricks. He was a professor at Dallas Theological Seminary and was a major influence on large a number of the top Christian leaders from the past 50 years.

I inhaled that series of 4-5 lectures on leadership. From that time, I learned two values that have permanently changed

END_OF_DOCUMENT_TOKEN_TO_BE_REPLACED

Thank you for all of your feedback on my last post, The inevitable pain of loneliness . . . I am going to write a follow-up to it in a few days.  However, here I wanted to get some of my thoughts down on a different subject that is important to me.

A little while back, I was trying to help a friend in a very difficult situation with his wife.  They are back in America and not even from Atlanta, so I don’t have the advantage of seeing them on a regular basis.   However, it was clear to me, as is the case pretty much with all such instances, that there was blame to be laid on both parties.  The husband was in a rough situation, no doubt.  However, he was also part of the problem.

I tried to help out as best I could.  I tried to sympathize with him on where he had been wronged by his wife, and she clearly had wronged him.  He appreciated this.  However, when I also tried to get him to own some of his fault in the situation, he immediately rebuffed and became angry with me.

I am not married.  I did not completely understand his situation.  However, my friend had fallen into what is clearly one of the biggest and most detrimental lies you END_OF_DOCUMENT_TOKEN_TO_BE_REPLACED

The phrase “it’s lonely at the top” is cliché and a bit trite, but it does speak to a much broader danger.  As I talked about in “‘it’s lonely at the top’ – Leadership Isolation” (click here if you have not read that article), there is a real and present danger of individuals involved in leadership to become lonely in life.  Many times loneliness puts leaders on a course spiraling towards isolation and this often ends in colossal moral failures of any and all varieties.

In my experience of both leading and in being directly exposed to high level leaders in the business, education, ministry, and non-profits worlds, I feel that some of the reasons that leaders become dangerously isolated are the following: